To spread their exposure to risk, it is advisable that farmers include different maize hybrids in a planting package. PANNAR’s conventional non-GMO hybrids make it possible for farmers to deliver grain to niche markets and achieve good yields.

On Panvlei farm between Heidelberg, the Vaal Dam and Vereeniging, maize farmer Freek Cronjé uses various hybrids, including PAN 3A-173, PAN 4A-111 and PAN 5A-182 from PANNAR. The PANNAR representative in this district, Tinus Janse van Rensburg, visited Cronjé and his brother, Omri, to find out how their maize crop was performing.

“PAN 4A-111 is one of our top white maize hybrids in the medium-early growth category and performed remarkably well in the Agricultural Research Council national trials,” says Janse van Rensburg. “This hybrid usually produces one large cob, but is relatively prolific under favourable growing conditions. A farmer needn’t worry about emergence as it’s a hybrid with particularly good vigour.”

Cronjé strongly recommends PAN 4A-111 to other farmers as a conventional maize hybrid in the area where he farms. “Its yield is good and it produces good-quality grain. It’s important to me to deliver a quality product to the miller that I supply. This hybrid is a stalwart that we happily use because it achieves a yield of between 6t/ ha and 8t/ha on dryland.”

Cronjé delivers non-GMO maize to millers who prefer this product and are willing to pay a premium for it. Although the past season’s rainfall was below average, rain fortunately came at the right time. Cronjé started planting PAN 4A-111 on 26 November and is highly satisfied with the crop. The plant population was 34 000 plants/ ha, with an interrow width of 91cm. The hybrid delivered a good average yield of 8,1t/ ha. As it tolerates leaf diseases well, Cronjé did not have to spray any fungicide.

“PAN 4A-111 is recommended as a conventional hybrid but also as a glyphosate-tolerant hybrid or with stacked gene technology,” says Janse van Rensburg.

Spreading risk with PANNAR’s robust maize package can help a farmer achieve a good crop even during difficult times. “The yellow maize hybrid PAN 5A-182 falls in the mediumearly growth class and is very prolific. It emerges well and has good tolerance to leaf diseases. In times of drought, I’d recommend planting this hybrid in this area,” says Janse van Rensburg. Cronjé studied the performance of PAN 5A-182 at Pannar’s trials before deciding to plant it. “I was very impressed with the hybrid at the Pannar Extravaganza, and my own yield, after planting the hybrid, is really pleasing.” The cobs, he adds, were filled to the tip despite a difficult season, and produced golden-yellow grain. “We got rain at the right time, even though the season as a whole was quite dry. This land received only 364mm up to May, which is below average, but the intervals between showers favoured us. In addition, the emergence of the maize was very good and there were no leaf diseases,” he says.

Cronjé planted the yellow hybrid at 34 000 plants/ ha on 28 November, and in spite of a few cold nights, all went well. 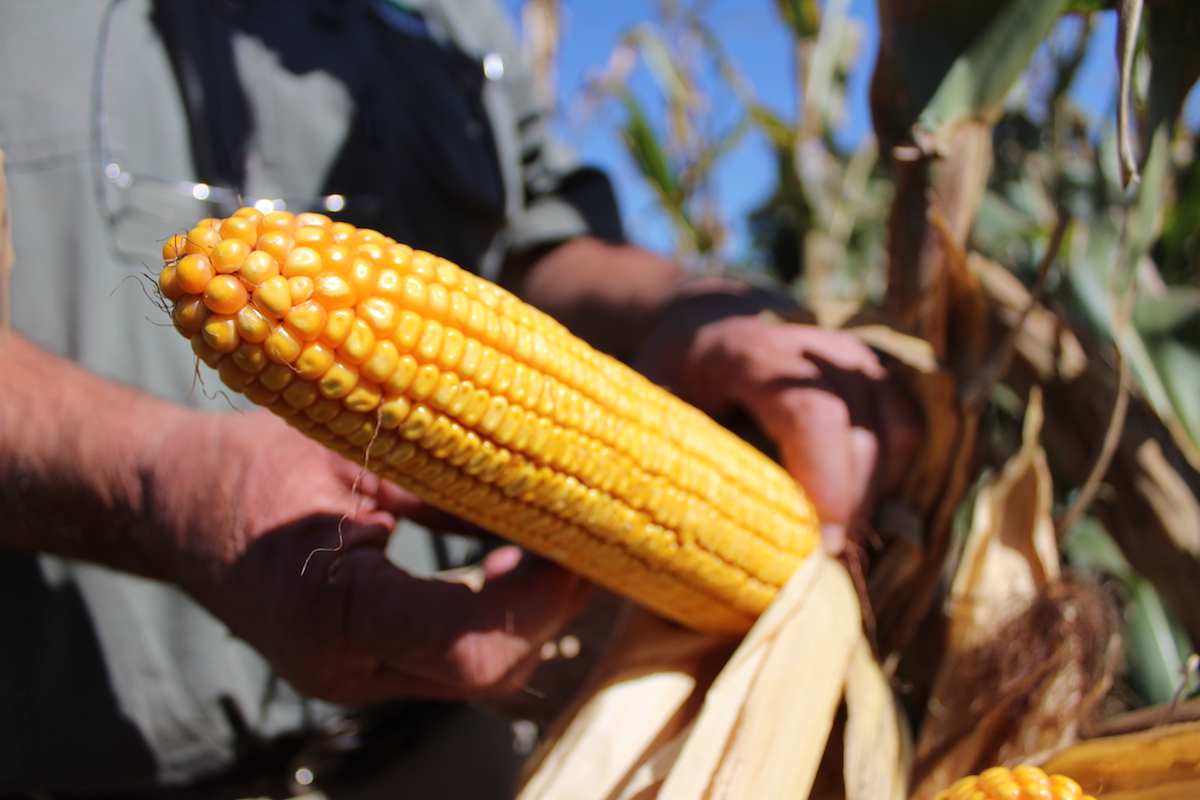 He applies a pre-emergence and a post-emergence herbicide, and uses conventional cultivation methods. His fertiliser programme includes 360kg/ ha of a 3:0:1 mix and a top dressing of LAN at a rate of 360kg/ ha. The recommended plant population in this area is between 30 000 and 34 000 plants/ha. Cronjé harvested at the end of June and his yield from PAN 5A-182 for the season was 6,9t/ha. 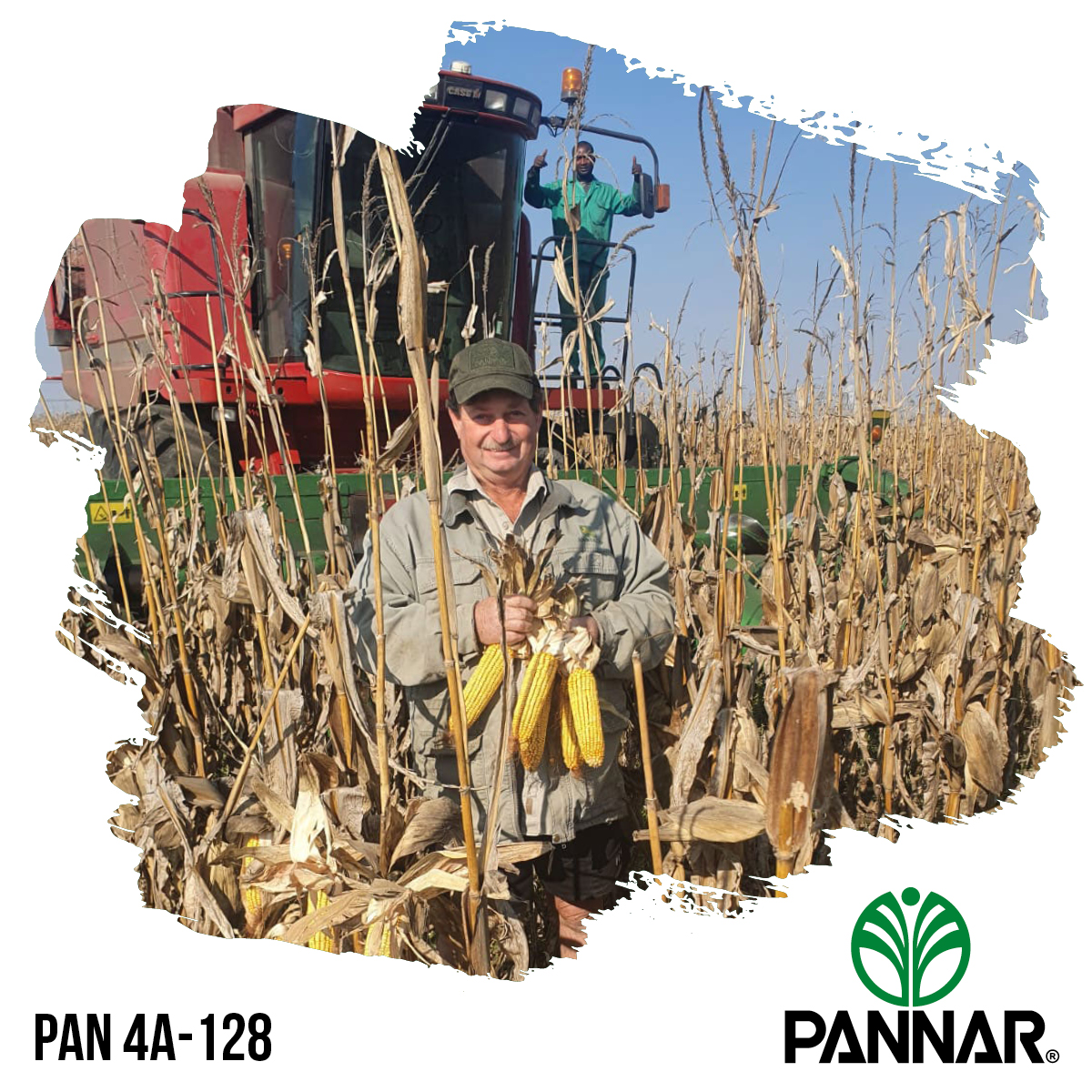 PAN 4A-128 thrives in Carolina despite heavy rains