PANNAR SEED is a dynamic South African seed group with research and development at its core. It is one of the largest field crop seed producers and suppliers in Africa and is a significant and respected member of the international seed industry.

PANNAR has been in the African seed business since its inception in Greytown, South Africa in 1958. Operating from Greytown in the South African province of KwaZulu-Natal, PANNAR was the first private company to introduce its own maize hybrids in South Africa in the 1960s. Over the years it has expanded its research and commercial activities into various other crops and territories.

Although PANNAR’s main business activities today remain in Africa, it is also actively involved, through its own companies and infrastructure, in research activities in the United States and research and commercial activities in Argentina. In Europe and the US PANNAR focuses mainly on the licensing of maize and sunflower genetics to European companies. PANNAR also conducts licensing and sales activities to companies in various other countries around the world.

PANNAR has its own companies in eight countries in Africa, outside South Africa and sells into many others. It has five modern research stations in Southern Africa, plus two winter locations in South Africa. Seed is produced and processed in South Africa and in five of the other countries in Africa in which PANNAR operates. There are two maize research stations in the US, whilst the station in Argentina works with maize, sunflower and grain sorghum.  Sophisticated laboratory facilities, including pathology and biotechnology, are an integral part of the research resources of PANNAR.

PANNAR’s extensive research activities in Africa over many years have resulted in a unique genetics library of proprietary white and yellow maize germplasm particularly well adapted to growing conditions in South Africa and various other countries in Africa, offering good resistance and/or tolerance to African pests and diseases. Click here to view our comprehensive 2023 Product Catalogue. To locate your nearest PANNAR Sales Representative, kindly navigate to our "Contact Us" page. 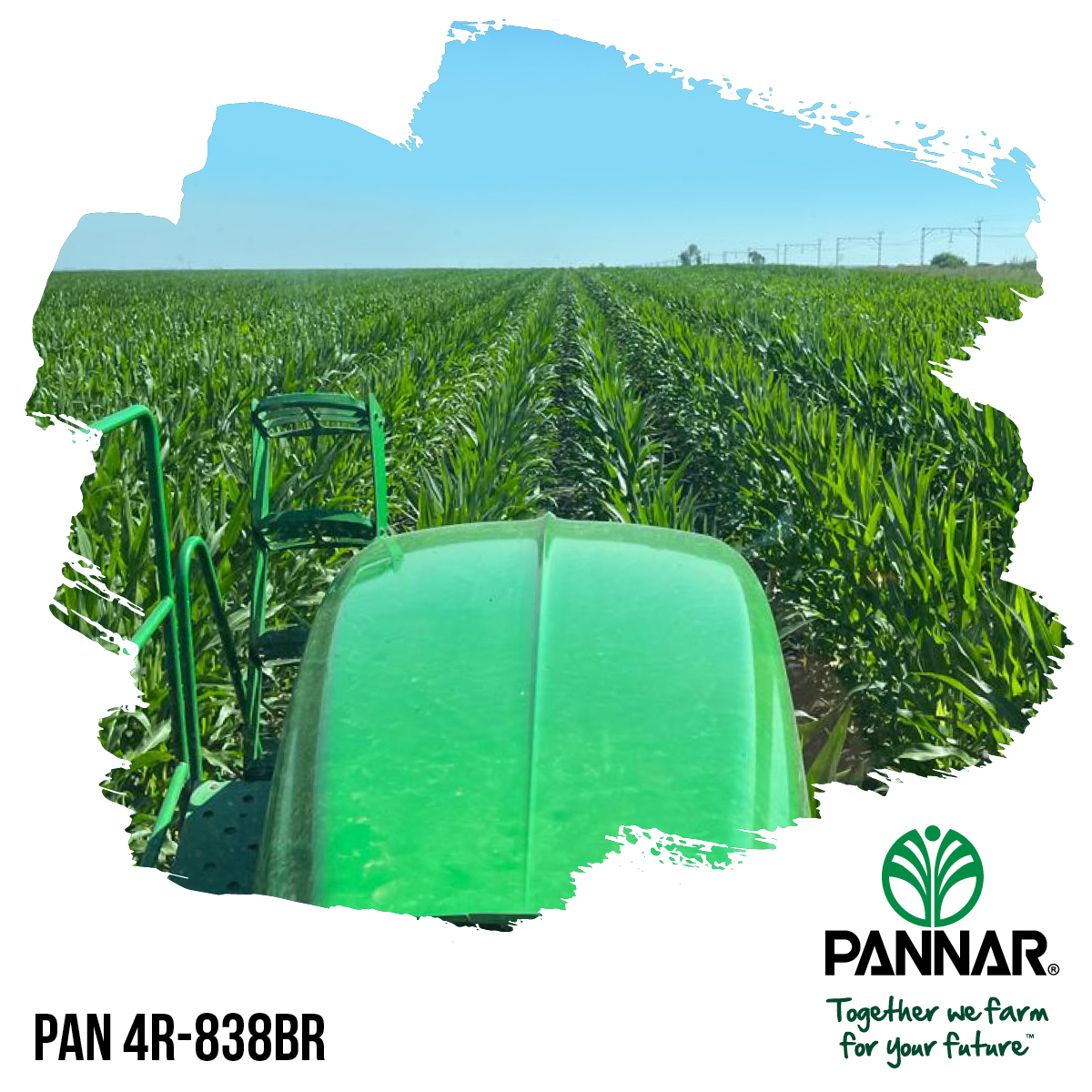 “We are very excited about this beautiful block of PAN 4R-838BR", says Nelia Louw, Pannar's representative in the Northern Free State. This good-looking... More >