This season farmers watched helplessly as their two to three ton sunflower crop was destroyed by the Sclerotinia sclerotiorum fungus (Figure 1A & B). Cool, humid conditions are ideal for the development of the disease, which is why it was so widespread again this year. The survival structures of the disease are characteristically hard dark grey to black sclerotia (Figure 2). These structures can survive in the soil for several years.

Sclerotia are found on contaminated material, living and dead, between seeds and in the soil where infected plants grew. These sclerotia are the most important link in the life cycle of the fungus and their involvement in the fungus’s ability to cause disease is twofold: Sclerotinia Stem and Sclerotinia Head Rot (both are caused by the same fungus – Sclerotinia sclerotiorum).

This disease develops on the head in cool, humid weather, shortly after the onset of flowering. Infection occurs in the flowering stage and head rot is visible as soft, light brown patches on the back of the head (Figure 3). The symptoms quickly intensify. The inner layers of the sunflower are destroyed and when the soft lesions tear, the vascular tissue is exposed. The soft tissue in the head is destroyed and sclerotia are formed that cause the seeds and sclerotia to later fall off the head onto the ground (Figure 4). The fungus has a wide range of host plants, making crop rotation very difficult. Weeds can also act as hosts and together with the fungus’s ability to survive for a long time, can contribute to the development of the disease and sunflower infection.

During hot sunny weather fluffy mycelia are produced that can infect host plants within a 20 mm radius. However, if the weather is cooler and accompanied by rain, sclerotia develop tiny flesh-coloured trumpet-shaped structures (apothecia), (Figure 5A) that release ascospores. These spores can be dispersed as far as 0.5 km by the wind. Each trumpet can produce spores for up to 10 consecutive days and each spore remains viable for up to 20 days. Innocent and very beneficial bird’s nest fungi (Figure 5B) are often mistaken for Sclerotinia-causing apothecia. Farmers needn’t be concerned if they see these structures and spray unnecessarily. Mechanical transmission by the harvesting equipment and machinery also gives rise to the problem. Sclerotia present in feed may be spread by animals as it is ingested and excreted intact.

There are over 300 broadleaf weeds and other plants like soybeans and sugar beans that can act as host plants for the disease. Weed control is essential and plants like khakibos and volunteer plants must be removed. Lands where the disease is noted should ideally be harvested last and the combine harvesters should be properly cleaned to prevent mechanical transmission of the disease. Crop rotation should be applied for at least five seasons with a crop from the grass family such as sorghum or maize and/or pasture crops.

Wilting occurs when a sclerotium near the sunflower’s stem or roots is stimulated to germinate and, with the help of mycelia, directly penetrate and infect the base of the stem. The distinguishing symptom is a single plant or plants that suddenly wilt overnight (Figure 6). On closer inspection, a soft, rotten area with grey/brown lesions and fluffy white fungal growth is visible at the base of the stem (at ground level) (Figure 7). Because the lesions enlarge and later envelop the entire stem, the plant wilts. Dense white fungal growth develops on the infected area and forms white lumps that harden and eventually form the dark grey/black sclerotia. The soft white vascular tissue inside the stem disappears and sclerotia also form inside the stem. Wilting is the result of extensive root rot and is usually more prominent during early flowering.

Healthy plants cannot be contaminated by infected plants alongside them. Although there are cultivars that demonstrate a degree of tolerance to the disease, often it is rather a case of disease escape (conditions were not favourable or there were no sclerotia in the immediate vicinity). There are no resistant sunflower hybrids on the market at present.

In South Africa there are currently no registered fungicides that can be effectively control this disease on sunflower. There are, however, new products (chemical and biological) currently being evaluated that look very promising. As part of good management, we recommend that the lands be deeply ploughed because the sclerotia cannot germinate and release spores from deep underground. 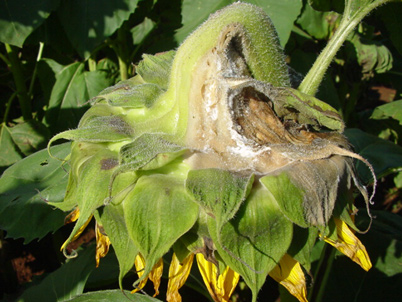 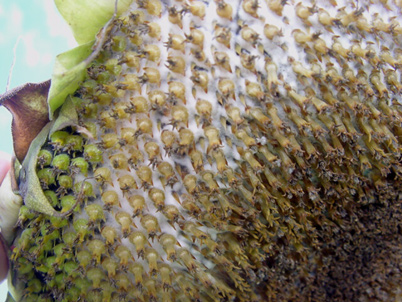 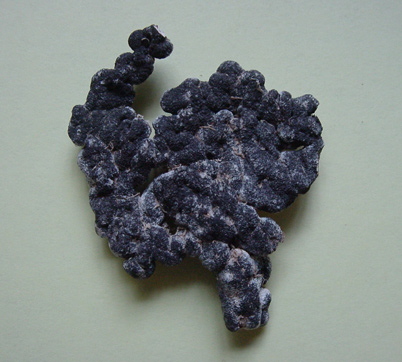 Figure 2: The survival structures of the disease are characteristically hard dark gray to black sclerotia. 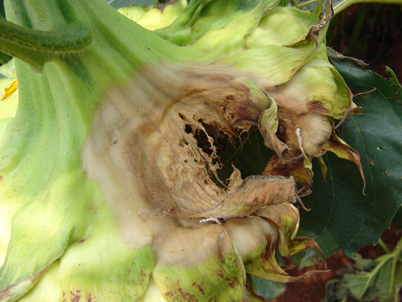 Figure 3: Head rot is visible as soft, light brown patches on the back of the head. 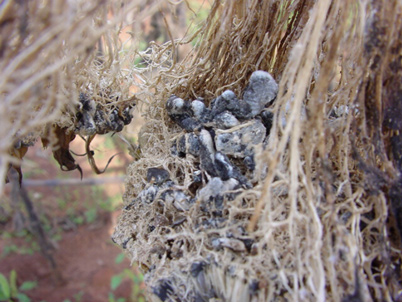 Figure 4: The soft tissue in the head is destroyed and sclerotia are formed that cause the seeds and sclerotia to later fall off the head onto the ground. 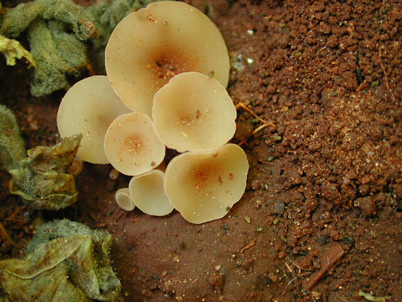 Figure 5A: Sclerotia develop tiny flesh-coloured trumpet-shaped structures (apothecia) that release ascospores, which can be dispersed as far as 0.5 km by the wind. 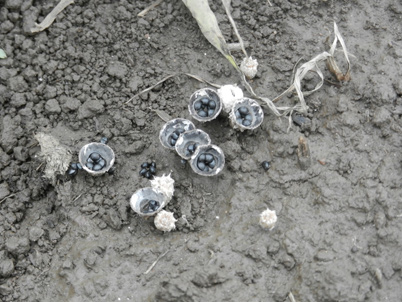 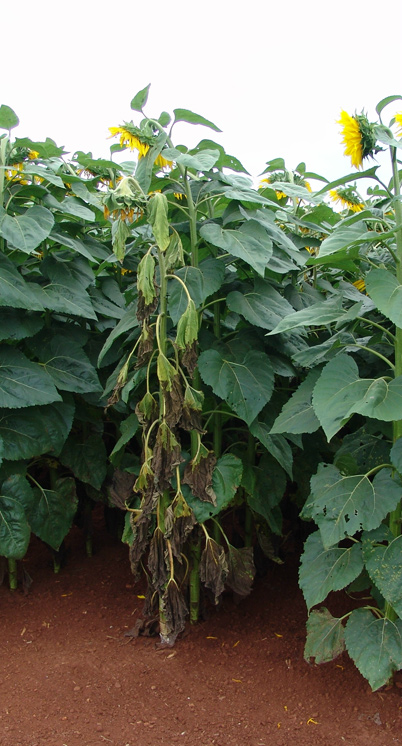 Figure 6: Wilting occurs when a sclerotium near the sunflower plant’s stem or roots is stimulated to germinate and, with the help of mycelium, penetrate and infect the base of the stem. 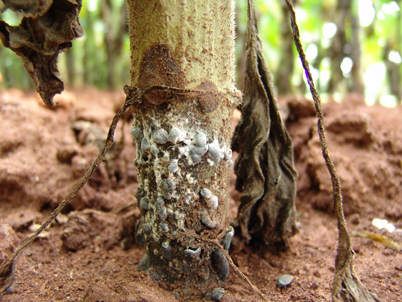 Figure 7: Soft, rotten area with grey/brown lesions and fluffy white fungal growth visible at the base of the stem (at ground level).