Westend Landgoed has been crowned South Africa’s Santam Agriculture National Silage King for the third consecutive year. This was the sixth competition of its kind and once again delivered a record number of entries.

The category winners were announced during a mini conference held on 18 September during ALFA 2019 in Parys. The overall winner was crowned the same day at the ALFA gala dinner, during which Hano Lombard of Westend Landgoed received the certificate and prizes.

Besides Santam Agriculture which once again acted as the name sponsor of the competition, finalists also received a number of prizes. PANNAR SEED sponsored seed vouchers to the value of more than R100 000 to the category and overall winners, while Strapping & Profile sponsored bunker covers as well as gift bags, and Nutribase sponsored inoculant hampers to the category winners.

This year a special merit award was given to Joubert Fourie’s Limpopo Dairy. This farming enterprise has been taking part in the competition every year since its inception and has ended among the top ten every year. They received a certificate and three feed troughs sponsored by ATK Voerbakke. A special award also went to Morgenzon Landbou-akademie as the only school to have participated in this year’s competition.

The number of entries received this year was the highest to date, with a total of 89 bunkers and/or silage bags from 72 farms entered in three categories – maize silage, feed sorghum silage and oats silage. Sampling was done by the University of the Free State and the laboratory analyses by Labworld. The results were checked and verified by Prof Robin Meeske of the Outeniqua Research Farm, who is also the chairperson of the competition’s protocol committee.

Here are the finalists in order of performance:

This year’s competition was especially tough and besides the record number of entries, the points awarded were higher than last year across the board. Westend Landgoed, for example, ended with a winning total of 89,90 which is 7,9 points higher than their winning total of 82 in 2018. The average points in the maize category this year was 76,23 as opposed to last year’s average of 67,8. In addition, there were several entries from previous participants who continue to support the competition year in and year out, and whose points totals also improved.

The increase in the points totals and the repeated participation of producers and their input suppliers, are testament to the fact that silage is serious business in the livestock industry. It also illustrates how hard producers are working at improving the quality of their fodder banks.

Read the December issue of Veeplaas for a special supplement focusing on this year’s data and results.

This competition is one of the flagship projects in the Plaas Media stable. The competition is supported by the company’s media platforms, Veeplaas, Stockfarm, Grootplaas, RSG Landbou and www.agriorbit.com as well as its annual expo, ALFA (henceforth known as NAMPO ALFA). 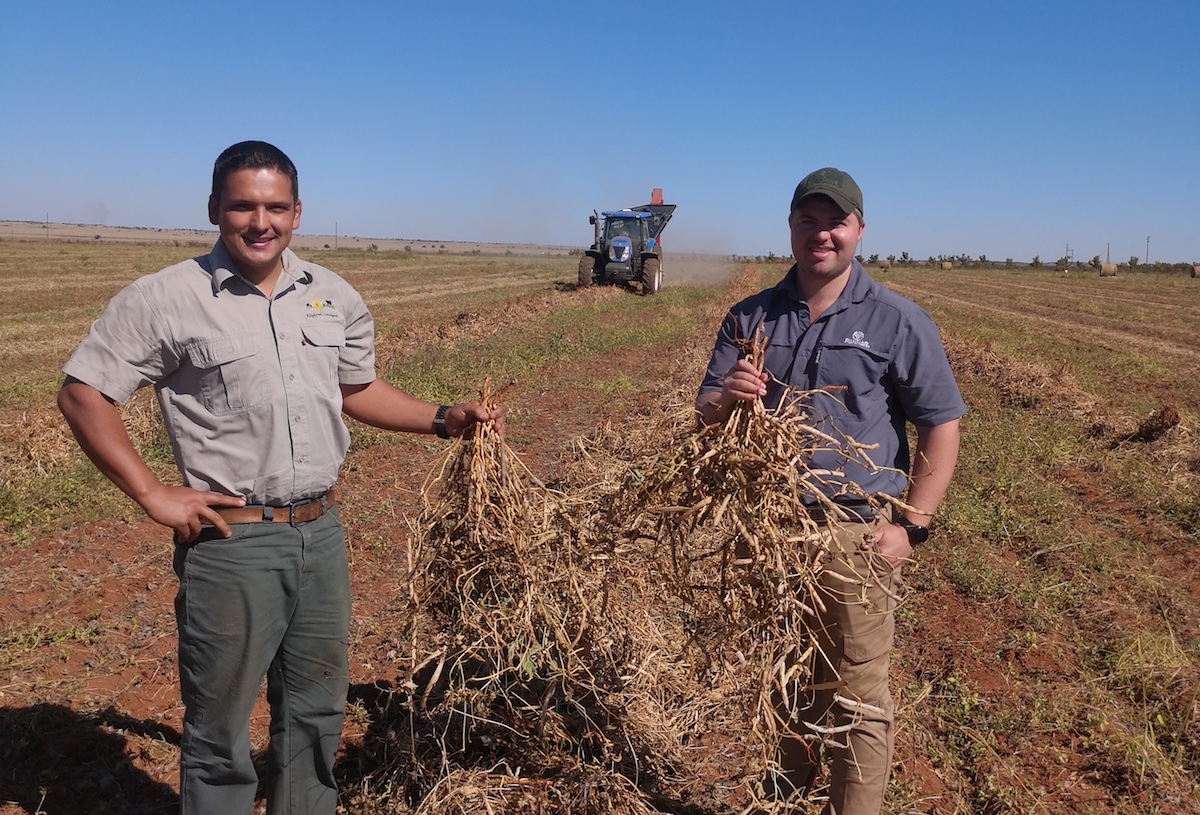 It's not every day that you harvest such an extraordinary yield. Ben and Bernard Arnoldi from the farm... More >